Feminity and bravery. They are the two keys of onna bugeisha, known as samurai women. Female warriors in a world almost completely masculine, there are many historical figures in different eras of samurai history. 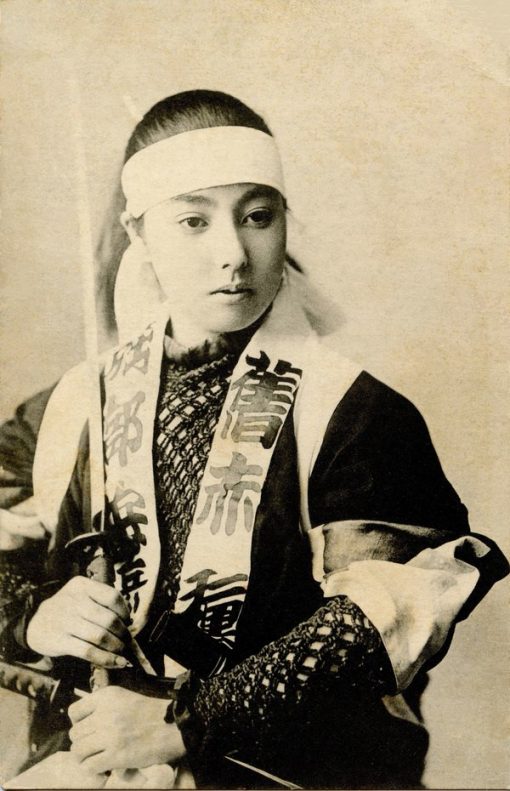 However, name them as samurai is more like a conventionalism. They weren’t strict samurai, and they didn’t exclusively fought during samurai era. It is true that they represent honor way-of-life typical from bushido code, the ideal of samurai. Onna bugeisha are history as a symbol of strong, independent and reliable women.

Everything started with Jingū Empress, who had de-facto power after his husband Chūai passed away. Her rule as regent lasted 68 years, from 201 until 269, a very successful job which made her the 15th imperal regent of history (as established later, on Meiji era). Around this ruler, several myths emerged, like she was the commander of the Korea peninsula conquest. Likewise, Jingū was a reference for the forthcoming onna bugeisha.

Trained in the war as well as in arts, samurai women didn’t usually fight in big campaigns; it’s role was more defensive in towns. They often use naginata as their main weapon, which is a spear-like sword. Katanas were more usual for men, as they are risky. Naginata allows the warrior to peform attacks from a certain distance, effectively stop cavalry and execute dissuasive charges; a great set of characteristics which made it great for women’s duty. Sometimes, onna bugeisha had a role in politics as well, controlling other rulers and managing court intrigues.

These are some of the most important samurai women.

Tomoe Gozen (1157? – 1184?) was an onna bugeisha born in a high-status samurai family. She learned naginata fighting and took an important role under the Minamoto clan, as she could have been Minamoto no Yoshinaka’s concubine. His existence may be legendary, but she appear in the great Heike Monogatari chronicles, a tale about Minamoto and Taira war of early samurai history.

Sometimes a samurai gets the power using politics and intelligence while staying away from combat and war. That was the story of Hōjō Masako, one of the few women that had the real power of Japan under the shadows. She made a set of negotiations and alliances that allow herself to win and maintain the highest status of samurai cast until her death.

Nakano Takeko was one of the latest samurai of japanese history. She took part on the last civil war of Japan and inspired a whole region of women due to her strong determination and commander skills. Today, Takeko’s bravery is celebrated in Aizu region, the land she fought for.